“Lean” packages of cable TV or other streaming services? Follow the segmentation of the increasing multimillionaire television market.

At first it was just TV and it was present in almost 1.4 billion households on the planet in 2017. In 1972, HBO was created, and it was the first channel with exclusive content for subscribers. In 1997, Netflix was created in the USA (Van Der Werff, 2019). It had a huge success as the service offered affordable prices, movies and shows via streaming. The content was produced by Netflix itself or by big studios that were hired. The latter ones, however, realized how profitable the industry was and entered the market as well. These tendencies are slow, but they constantly reduce the number of cable TV subscribers. Moreover, there is also the increase of streaming services because of such companies as Disney, CBS, HBO, Amazon and others that mainly offer their own movies and shows (Heritage, 2019). Given that, the consumer, who already appears to be a cable TV subscriber, will pay a lot to access those services.

Many people wondered: “How can I watch my favorite shows?” The marketing professionals make another question instead: considering the segmentation of the increasing television market, what would be the strategy for a company to be established in the market and grow?

This is what we are trying to answer.

Michael Porter’s Competitive Strategy (1979) can be helpful in order to answer some of these questions. He offers an analysis framework that could help companies improve their position in the market and increase competitiveness as well as financial results in general.

Among the concepts Porter offers, there is one that deserves special attention:  five competitive forces in a particular industry:

Other key concepts of the author include choosing a strategy and stick to it:

• A cost reduction strategy, in which a firm achieves dominance over its competitors and gains greater returns thanks to a policy of a reduced production and sales costs without affecting quality.

• A product differentiation strategy. A firm creates a unique product or a service within the industry changing design, brand image or incrementing new technologies, which reinforces the sense of exclusivity and brand loyalty and, consequently, generates higher profits.

In many cases, in order to implement the chosen strategy, a firm must also develop more than one of the strategies mentioned above.

Nevertheless, it is hard to predict a competitor’s future steps and perform appropriate competitive actions. One of the solutions is to determine relative profitability of a firm by subdividing industry into strategic groups. To undertake an industry analysis, a company must list all firms in the industry in “strategic groups,” and then assess each group according to the five competitive forces. Secondly, it is necessary to predict the industry’s evolution. To anticipate the necessary strategic adjustments, a firm must consider the likelihood that the industry will be affected by evolutionary processes such as new entrants, innovations, and changes in consumer segments (Porter, 1980).

As it was expected, the Competitive Strategy received both praise and criticism. It can be observed that the use of typologies, such as Porter’s, reduces the wide range of combinations that a manager would have to consider. Some authors oppose Porter’s view that firms that achieve cost leadership should encourage competitors to do so as well. In addition, as multiple companies seek cost leadership (or a low-cost approach), the market gradually becomes more homogeneous. Thus, the cost leader would benefit as there would be less room for differentiation.

It is important to note that Porter’s thinking has evolved since the publishing of the Competitive Strategy. In this work, he emphasizes the importance of the industry as a whole – that is, the external environment – in choosing the company’s strategy. Already in 1985’s, in the book called “Competitive Advantage” (1985), he seeks to describe how a company can gain a sustainable cost advantage or differentiate itself from its competitors. Here Porter pays more attention to internal dynamics, based on the exploration of unique content or distinct execution mode, which will enable the company to achieve a more advantageous position in the market.

In any case, the knowledge of Porter’s strategies – as well as the criticisms and adjustments to his works is essential for managers to be able to improve their performance. The next step will be examining strategies efficiently developed in different segments of audiovisual industry and verifying if the Competitive Strategy analysis helps understand them better.

One can note that in a shrinking cable TV market scenario and given the expansion of streaming movie and series providers, each of the main companies in these segments sought to follow a differentiated strategy.

Among cable TV companies, some continued with “fat packages” containing dozens of channels. Others are betting on “lean packages” that offer fewer channels at an affordable price. This is what Sling TV has been doing: the company was launched in the US in 2015 and gives access to a small number of cable TV channels and a large streaming network (Jason, 2018). Sling TV can fit into at least two of Michael Porter’s five competitive forces: a “new entrant” that launched “substitute products” priced lower than those of competitors.

Among streaming services, Netflix, which in 2018 became the world’s most market valued entertainment company estimated at $ 153 billion, has several competitive advantages listed by Porter. Netflix remains loyal to its relatively low-cost policy offering thousands of movies and series produced by itself or by many other companies. In order to do this, it applies three competitive strategies mentioned in the book. First, it strives to reduce its production and sales costs maintaining high quality. Secondly, it differentiates its products by offering some unique features within the industry in the form of technological advances. Third, while prioritizing the US and European markets, it also tries to attract specific consumer segments on the periphery of the audiovisual media world.

It is clear that following its strategy, Netflix tried to kill two birds with one stone, or even better, three birds, while focusing on differentiation, cost leadership and niche markets. Despite having achieved unprecedented market success, the company risks losing its leadership position due to the dispersed focus.

Indeed, it remains unclear whether Netflix will be able to maintain its policy offering high quality diversified products at low prices. Many movie producers refuse to renew their contracts with other companies to allow them to show their popular series, but even if they do, they charge high prices for that. This is the case of the NBC series “The Office”, which from 2021 will be shown only by NBC Universal streaming platform. Netflix paid Warner no less than $ 100 million to continue showing “Friends” for a year, but after that the show should move to Warner Media’s streaming service which is being created (Van Der Werff, 2019).

Considering this policy, producers use the fifth competitive force: the bargaining power of suppliers. By threatening to raise prices – or withdraw the goods they produce – they get more money from the buyer.

In fact, a number of the competitive forces mentioned by Porter manifest themselves in the increasingly fierce competition between Netflix and other streaming audiovisual media providers. New entrants threaten market share and often offer cheaper substitute products. Not surprisingly, there is also the growing “rivalry between competitors, resulting from different factors such as the presence of numerous competitors of equivalent strength”.

One of these competitors is Disney, a giant of Netflix’s size. Stuart Heritage notes in the article  “Streaming TV is about to become very expensive – here’s why” (2019) Disney “will launch Disney +, a streaming platform that … will block a huge amount of content: Disney movies, ABC shows, Marvel and Pixar movies, Lucas movies, The Simpsons and everything else produced by 20th Century Fox”.

Taking this scenario into account, it does not seem easy, according to Porter (1980), to “predict a competitor’s future moves”. Profits may decline, which will require managers in the industry to have theoretical knowledge, analytical skills, and good decision-making abilities. Moreover, the consumer will definitely suffer the rise in the price.

The analysis conducted above allows us to identify the decay of two existing dominant structures. The first is a cable TV, with its “fat” packages. In the article “Media Companies Are Launching Streaming Services to Survive – Here’s How They Can Thrive” (2018), Daniel Jackson reports that in the US, the number of cable TV households has dropped from 103 million in 2012 to 92 million in 2017.

While the rise in the number of these providers seems to be an irreversible trend, other factors indicate the blurring of the boundaries between the segments of audiovisual media. This is the case of Sling TV, a successful blend of cable TV (with “lean” packages) and a streaming network. This fusion may be one of the paths for the future of the media industry, and managers and future managers need to look closely at it.

The impact of new technologies on traditional competitive models can be clearly observed in this particular market as well as in many others. While Michael Porter’s vision used to help managers understand their competitive landscape in the 1980s and 1990s, nowadays companies can build their strategies in a much more complex way. This approach opens new perspectives for managers, creating additional opportunities for growth. At the same time, it brings challenges, especially for those companies that are having hard time adapting to new technologies. The current challenge for managers is to drive the digital transformation in their firms as well as being able to reinvent their strategic options. Organizations that failed to cope with this dual mission tend to face growing difficulties in remaining profitable in the coming years. It is also important that the society and the government follow industries’ structural transformations. In the midst of the great transformations that are taking place in countless markets, some key sectors can end up being consolidated to the point of becoming monopolies, which leads to reduced competition and the loss of incentives for innovation commonly brought by healthy competition between companies. In a media communication sector, a monopoly would also bring the additional risk of losing the desirable diversity of ideas and points of view. This is something very relevant for democratic societies.

Heritage, S. (2019). Streaming TV is about to get very expensive – here is why. The Guardian. Retrieved from: https://www.theguardian.com/tv-and-radio/2019/jun/27/streaming-tv-is-about-to-get-very-expensive-heres-why

Jason, D. (2018). Media companies are launching streaming services to survive – here is how they can thrive. Business Insider. Retrieved from: https://www.businessinsider.com/media-companies-are-launching-streaming-services-to-combat-cord-cutting-2018-5 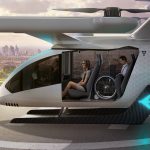 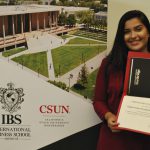